After graduating from the University of Southampton with an Economics & German degree in 2003, Gavin was at a crossroads and accidentally arrived in the wine trade through working at an Oddbins – selling plonk to the future leaders of the world at Cambridge University (including several now MWs).

Having been bitten by the wine bug, he completed his WSET Merit and Advanced courses before seeking his fortune in London and finding himself a job at Bibendum, one of the UK’s leading independent wine importers. During his 5 years at Bibendum, Gavin completed his WSET Diploma Level 4 in 2009, winning The McNie Tasting trophy (for best still wine tasting score). He also garnered valuable sales and marketing experience selling to the leading UK retailers (Tesco & Laithwaites amongst others) as well as in the competitive and highly entertaining London on trade scene.

During this period, Gavin was unwittingly seduced by a South African woman who convinced him to emigrate to Cape Town and so in 2010 he packed his bags only to find he had arrived one month late for the World Cup.

In South Africa, Gavin was appointed as export manager at Cape Diamond Wines (a subsidiary of Lutzville Vineyards) and was part of a team that helped turn the business around into profit after the financial crisis of 2008 and the devastatingly (for exports) strong rand. At Cape Diamond Wines, Gavin developed new export markets in Asia, Russia, Africa as well as in South America.

In 2013 & 2014, Gavin had the privilege to represent Team South Africa at the World Wine Tasting Championships, coming through a rigorous selection process to emerge as the top taster in 2013 and lead the South Africa team as captain in 2014.

After Cape Diamond Wines, Gavin decided to gain more brand experience by joining Van Loveren, South Africa’s leading family owned winery, in 2015. At Van Loveren he is responsible for the Asia & Middle East markets. His experience includes new business development, building brands in export markets, acting as an ambassador for South African wines, label and wine development as well as convincing consumers worldwide that there is more to wine than Katembas.

In 2021, after many years of toil, Gavin finally graduated as a Cape Wine Master and is looking forward to the next challenge.

Gavin remains seduced by his South African wife and is happily married with two beautiful children. In his spare time, he enjoys water polo, surfing, arguments and of course, fantastic wines.

2021 - Whittaker, Gavin - No Alcohol and Lower Alcohol (NOLO) Wine Products – describe the options available in South Africa, their production methods and discuss whether there is a market for these wines 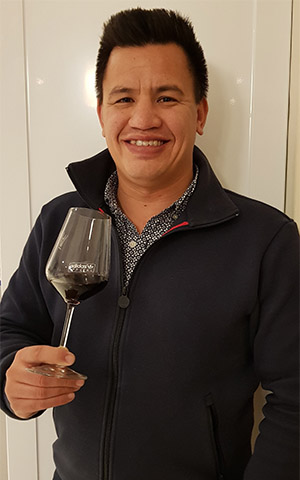 No Alcohol and Lower alcohol (NOLO) wines – describe the options available in South Africa, their production methods and discuss whether there is a market for these wines