After her studies – in Human Movement Science at the University of Stellenbosch, followed by an Honours degree in Biokinetics at Potchefstroom University in 1999 – Karin Visser worked as a cardiac technician at a number of hospitals in London. Upon her return to South Africa in 2003, she ran her own Biokinetics practice in Cape Town for seven years.

During this time, and while travelling abroad, visiting many leading wine producing countries, she discovered the complexities of wine and furthered her studies through the Cape Wine Academy. In 2010, after attaining her Diploma, she decided to bid her farewells to the medical profession.

With a partner she opened a wine and tapas bar called ‘French Toast’ in Cape Town which became a popular meeting place, offering discerning wine lovers an impressive selection of local and foreign wines, many available by the glass, in the then up-and-coming, hip Bree Street zone. She sold the business in 2013.

In 2015 she joined Great Domaines, a fine wine importing company, based in Johannesburg, and she runs the sales division in the Western Cape, looking after private and trade clients. She enjoys expanding her knowledge and love for the fine wines of the world, sharing and learning from like-minded people. 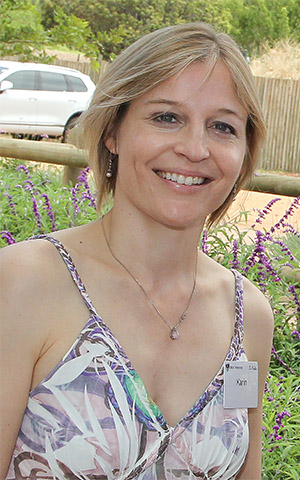