Elsie was a founder member, in 1983, of The Jonkershuis Wine Tasters based at Spier with the owner of the farm, Niel Joubert as patron.

Great figures in the South African wine landscape, such as Frans Malan, Spatz Sperling and Niel Joubert became mentors. The passion kindled here resulted in a career change in 1998 from professional musician to actively working in the wine industry.

Elsie became a Cape Wine Master in 2000 with a research project entitled “Brandy in South Africa”.

She was with NMK Shultz Wine Distribution in Johannesburg and Cape Town between 2004 and June 2009.

Currently she is based in Prague as a consultant to the House of Wine, marketing the South African wine brand Phant, which is exported to the Czech Republic and other Eastern European Countries. She also imports small quantities of specialty South African wines, which are sold to corporate and private clients.

Food and wine travels have taken her all over the world, to areas such as Bordeaux, Cognac, Burgundy, Loire, Champagne, Rhone, Alsace, Southern France, Italy, Germany, Austria, Slovenia, Spain, Portugal, Oregon and California. As a specialist in the wines of New Zealand and Australia, she travels there regularly. In 2003 she obtained an Australasian Wine Master in a pilot program ran by the Centre for International Wine Studies.

Food and wine matching is a passion and a particular sphere of expertise researched in great restaurants all over the world. 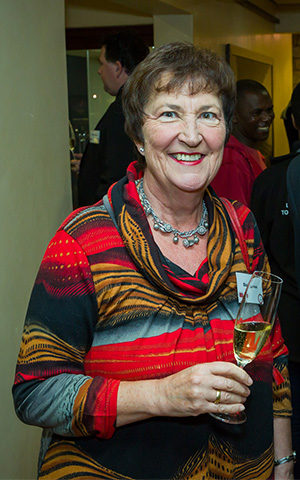