Tony was born in Cape Town, the fifth generation of a family of leather tanners from Cumberland, England. His great, great Grandfather, Joseph Mossop, started a tannery in the Cape in 1846 in Rondebosch.

Tony was educated at Diocesan College (Bishops) and then went to Leathersellers College in London for four years, where he achieved honors in Leather Technology and Research. In his spare time, he played guitar in a rock band.

He returned to South Africa and soon became MD of the Mossop group of tanneries countrywide. He held various international positions in the leather industry, including president of the International Society of Leather Technologists and Chemists.

In the early 1970′s, he turned his interest in food and wine into more than just that by taking a serious interest in wine, specializing in Port and Italian wines. He became one of the first three Cape Wine Masters in 1983, and bought land in Calitzdorp with his wife Lynn in 1993, specifically to produce Port.

He planted the traditional Port varieties and became a leading producer with five out of six of his first vintages of Axe Hill Port achieving five star ratings in the John Platter Wine Guide. Tony contributed greatly to the wine industry, not only through the establishment of the South African Port Producers Association, but also to many wine judging panels, including WINE magazine, Wine of the Month Club, South African Airways wine selection and more recently headed up the Diner′s Club Winemaker of the Year and Young Winemaker of the Year Competitions.

He was a founder member of the Institute of Cape Wine Masters. He was a regular contributor to WINE magazine and his witty back page “Sips and Snips” was often the first part of the magazine many people turned to.

Tony was a top class cyclist, competing in each of the first 14 Argus Cycle Tours, and in the early days finishing up in the top dozen or so. He was a great surfer and in times that are more recent became a useful archer. Throughout his life he was a keen birder, stamp collector and accomplished classic guitarist.

Tony sadly passed away on 23 September 2005 after suffering a stroke earlier in April 2005. He left behind his wife Lynn, elder son Alan (a successful hotelier), and his youngest son Miles (the highly talented winemaker). 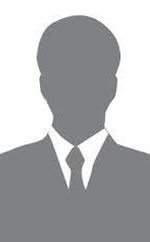