Peter Gebler completed the Cape Wine Master examinations in 1994 and wrote his research project on “Riesling”.

Peter was a regular columnist in Grape and made occasional contributions to WineLand and the tourist magazine SüdAfrika.

He presented regular seminars to sommeliers and trade at the German Wine School and was responsible for seminars in Germany for the Cape Wine Academy, Austrian Wine Academy, Swiss Sommelier School, and Wines of South Africa. He was an occasional wine judge for Selection, Gault Millau, Foire d‘Orange and Good Hope Wine Fund.

His special areas of wine interest included the Rhône, Bordeaux, Austria-Burgenland and of course, Riesling.

Other interests included reading, classical music, tenpin bowling and cooking. Peter was born in Johannesburg, and matriculated from the German School before completing a B.Com (Business Administration and Industrial Psychology) at the University of the Witwatersrand.

He held various marketing-related jobs in the pharmaceutical industry, including a few years based in Germany. Wine was a minor hobby from student days, then became a passion when he attended CWA courses and joined several wine clubs. It then turned into a full-time job when Peter moved to Germany in 1991 as an importer of South African wines. In the meantime, seminars, translations and writing took up the bulk of his time.

“Peter Gebler, Cape Wine Master, has passed away. Modestly and quietly. His passion was wine, especially South African wine – it was an affair of the heart. The South African wine industry and I owe a lot to Peter Gebler. With his profound knowledge and his professional commitment at well-known hotel management and sommelier schools, the native South African has contributed a lot to the fact that the wines from the Cape are now held in high esteem in this country.

Peter Gebler grew up in Johannesburg. There he attended a German school, later he studied marketing and business administration. In addition to his pharmaceutical work, he discovered his passion for wine early on. He successfully completed the title of “Cape Wine Master”. In 1991 he ventured to Germany as an importer for South African wines. At the time, before the country’s political upheaval, that was a bold undertaking. Around thirty years ago, the doors and hearts of South African wines were almost locked worldwide.

Our paths crossed in 1997 and his initially critical question of who this ambassador on behalf of Wines of South Africa might be turned into a constant collegial and friendly cooperation. We were happy to place Peter Gebler as a speaker and ambassador for the wine country of South Africa. He dedicated many years of his life to the training of sommeliers and wine-related specialists for the catering industry. He taught as a lecturer in wine and communication at the German Wine and Sommelier School in Koblenz. In 2018 he moved to the International Wine Institute on the Ahr under the direction of Alexander Kohnen. In all these years he remained very close to South Africa. He imparted his well-founded knowledge to numerous people and thus strengthened the interest in South African wines.

I valued Peter Gebler very much for his extensive expertise and factual certainty. In addition, he became a mentor for me when it came to better understanding the peculiarities of his compatriots. Whether with his dry humour, his apt comments or a short shrug, Peter always managed to give me serenity and new courage even in critical moments.

As I now familiarize myself with the idea that Peter Gebler should no longer be there, many memories of our joint work pass before my mind’s eye. I think of our WOSA sommelier competitions. Since 2010 Peter Gebler has been our mastermind in the background. Many of the technical questions arose from his pen. For us, his high standards were a guarantee of a reliable evaluation and his alert mind contributed to the successful course of the competition.

Dear Peter, my greatest respect goes to your perseverance, your reliability and also your enthusiasm. When it came to wine, and especially from South Africa, you seemed somehow happily inspired. A certain lightness was noticeable when you were able to talk about your country, the people, the dynamic development of the wine industry and the wines. Deep down in your heart you were a courageous pioneer who once set out to help his homeland to be valued properly. Dear Peter, you have completely succeeded with your commitment.

Peter Gebler, the gray quiet eminence of South African wine – now you’re gone. May your motto: “It still went well!” have proven themselves in your last challenge in this life. In honor of our time together, I salute you with a 1998 Kanonkop Pinotage Cape Winemaker Guild. Rest in peace.” 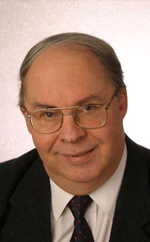