Margaret started her journey to wine with a glass of Madeira at the age of two. However, it took until 1985 for the wine bug to catch, when she completed her first course at the Cape Wine Academy in Johannesburg, under the tutelage of Sue Brown.

Eight years later, after a journey through South African and international wine, with the Cape Wine Academy and the KWV wine courses, she completed the requirements of the Cape Wine Master qualification with a research report titled “Sauvignon Blanc of Constantia and Stellenbosch”.

Margaret is a business manager at a multinational packaging company, and completed a BA in Psychology and Economics at the University of South Africa and more recently a MBA at the Wits Business School in 2006 with a research report on Segmentation of the South African wine market.

She is regular lecturer for the Diploma course at the Cape Wine Academy, providing particular assistance on tasting technique. In addition, she is one of the founding members of the Cape Wine Master mentoring programme in Johannesburg.

Margaret has been an active member of the executive committee of the Institute of Cape Wine Masters since 1994, serving as national Secretary for many years before being elected National Chairman from 2005 to 2008. 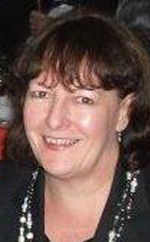 Overview of Sauvignon Blanc wines of Constantia and Stellenbosch