In 1986, Marilyn started her studies at the Cape Wine Academy. She was a Wine Advisor for Picardi Magnum in Bedfordview from 1991-1995. She then compiled restaurant wine lists for Cellarmaster from 1995 to 1999.

Marilyn became a Cape Wine Master in 1999 and her research project was titled “How to improve wine sales in a retail store in Gauteng”. She has traveled many wine lands of the world, including Bordeaux, Burgundy, Loire, Champagne, Rhone, Alsace, Portugal, Italy, Spain, California and Argentina, both as a guide and with Master of Wine, Remington Norman. 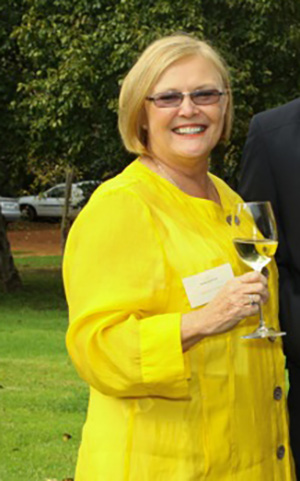 How to improve wine sales in a retail store in Gauteng